In Greece, loukoumades are commonly known as a type of fried dough that is coated in honey and cinnamon. This delicious treat is often served at festivals and celebrations. While the origins of loukoumades are unknown, this recipe has been passed down for generations. Loukoumades are easy to make and only require a few ingredients. This dish is sure to be a hit at your next gathering! Stay with Cooking County with the recipe of Loukoumades!

Read more: 10 Popular Persian Sweets And Desserts To Try Before You Die!

Though their exact origins are unknown, it is thought that loukoumades have been around since ancient Greece. The word “loukoumas” appears in Homer’s Iliad, referring to a small cake soaked in honey. It is believed that loukoumades were served to athletes at the first Olympic Games in 776 BC.

The modern version of the loukoumades dates back to Byzantium, where it was known as the “food of kings.” In Greece today, loukoumades are often served at weddings and other special occasions. They are also popular street food.

How to Make Loukoumades?

To prepare Loukoumades dessert, first put the yeast in warm water and allow it to soften well for five minutes. During this time, a creamy foam is formed on it. Pour milk, sugar and salt into a large bowl and stir until they dissolve. Pour the yeast into the milk mixing bowl and mix well.

In order to obtain the soft and delicate dough of Loukoumades, mix the butter, eggs and flour with a mixer. To double the size of the dough, cover it with cellophane and let it rest for 30 minutes. Remember that for the dough to rise better, stir it again and give it another 30 minutes.

To prepare Loukoumades syrup, pour honey with half a cup of water into a pot and put it on medium heat until it reaches the boiling point. After the syrup reaches the desired concentration, turn off the heat and wait until the honey syrup cools down.

Pour the oil into a deep fryer or a large pot and wait until it becomes hot enough. Make sure that the depth of the oil is about two inches to cover all the balls.

Prepare two soup spoons and a glass of water near the pan to fry loukoumades. Take two tablespoons of dough with a wet spoon and put it in your hand. Place it back in the spoon until it takes a round shape. Place the prepared balls in the oil and fry them.

Note 1: Be careful not to set the flame too high for a fluffy and soft dough.

Note 2: Be sure to wet your spoon to prepare each dough ball.

Fry the prepared balls in hot oil until brown. To fry completely, rotate both sides in oil for two to three minutes. Remove the fried Loukoumades from the heat and place them on a clean napkin or net to remove excess oil.

At the end of the work, put the fried loukoumades balls on the oven tray and pour cooled honey syrup onto them. You can also use cinnamon, sesame, and walnut pieces to decorate.

How to Serve Loukoumades?

Your delicious Greek dessert is ready to serve; enjoy! Do not forget to make this recipe and share it with us. If you also have any related questions about the Loukoumades recipe, please do not hesitate to ask.

If you enjoyed this recipe, try another recipe that is similar but it is from Kazakhstan: The Kazakh Baursak recipe (Kazakh donut)

Loukoumades are traditional Greek fried dough balls that are soaked in honey and sprinkled with cinnamon. They are often served at weddings and other celebrations.

How long does it take to make Loukoumades?

It takes about 2 hours to make Loukoumades. This includes the time it takes to make the dough, fry the dough, and fill the dough with the filling.

What are Loukoumades made of?

Loukoumades consist of fried dough dipped in honey and sprinkled with cinnamon. The dough is made from flour, water, yeast, and olive oil. The dough is allowed to rise for several hours before it is fried in hot oil. The combination of fried dough, sweet honey, and fragrant cinnamon are sure to please everyone. 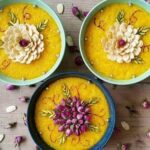 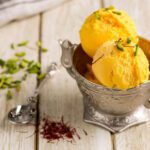 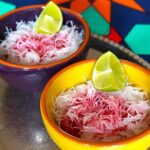 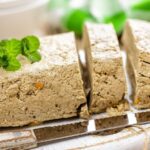 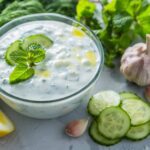 Tzatziki Sauce Recipe; How to Make a Refreshing and Flavorful Dip? 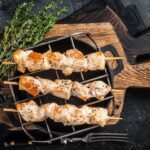 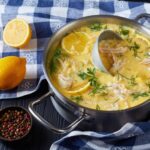